A side vent suit are a popular option for vents or cuts for menswear.  It’s a style that’s rapidly becoming more common here in the US. 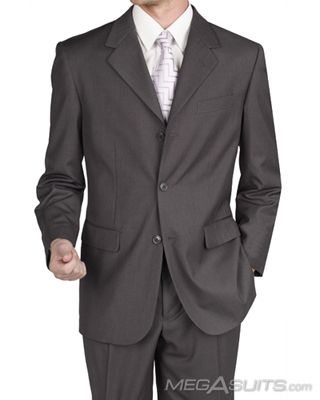 Get 2 suits for the price of 1 on men's suits and men's wear starting from $169 on Megasuits.com - Shop Now!

Traditionally, side vents were seen as something that was popular in Europe, particularly Britain.  It was seen as somewhat of an offshoot of the morning suit.  The original British suits were often used while riding horses, which made the double vents more fitting while on the saddle.  While it doesn’t have the super long tail, it does retain some of those elements.

Many stylists like this cut because it allows guys to put their hands in their pockets without disturbing the lines of the suit.  The jacket won’t get bunched up.   It also helps with the suit lines and fit when you are sitting or moving around, so the jacket doesn’t hug your body.

For years, American men have liked the single vent look.  It shows as a little more casual and less formal than the side or double vent.  However, in recent years, many suit makers have opened up and started to create double vent styles.  It’s not just limited to East Coast shops trying to imitate English fashion, but has been going across the nation.  For many guys, it looks more sophisticated and more tailored than the single vent.  Of, course the downside is that many times it can be more costly, even for the same design as the single vent.

With a good tailor, its possible to close the vents on a suit if you want to create a ventless suit.  Ideally though, the alteration should be done on a seam, and you will want to have a very competent tailor doing the work.  You definitely don’t want the new stitching to stick out.  Unless you have a dying need to go ventless, it’s generally not recommended.

Go from Side Vent Suit to Home